Daniel Grimley is a Professor of Music at the University of Oxford and Douglas Algar tutorial fellow at Merton College. He is also Associate Head of Humanities at Oxford with particular responsibility for overseeing research. He is a specialist in Scandinavian and Finnish music, early twentieth-century English music, and music and cultural geography. His books include Grieg: Music, Landscape and Norwegian Identity (Boydell & Brewer, 2006), and Carl Nielsen and the Idea of Modernism (Boydell, 2010). In 2011, he was Scholar-in-Residence at the Bard Festival in New York State, for which he edited Jean Sibelius and his World (Princeton University Press). He has led a Leverhulme International Research Network ‘Hearing Landscape Critically’, and his third monograph, Delius and the Sound of Place, with Cambridge University Press. He broadcasts regularly on BBC Radio 3 and has been a frequent speaker at the BBC Proms. 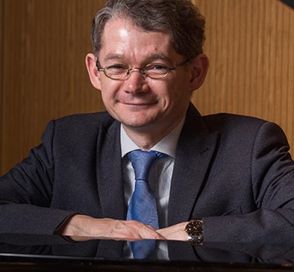