Steve Davies received his BA in 1973 and DPhil in 1975 in Chemistry at New College, University of Oxford. He subsequently held an ICI Postdoctoral Fellowship and a NATO Fellowship before joining the CNRS in Paris. He returned to Oxford in 1980 to a University Lectureship, then Professorship, before being elected to the Waynflete Chair in 2006. He was Chairman of Oxford Chemistry 2006-2011. In 2013 he was elected Doctor Honoris Causa at the University of Salamanca, Spain. He has published over 625 peer-reviewed research papers, and has been the recipient many awards for his contributions to organic chemistry, including the Perkin Prize and Medal the Royal Society of Chemistry. As an entrepreneur, Steve has founded over a dozen companies including Oxford Asymmetry International plc (now Evotec A.G.) and Summit Therapeutics Inc.

Steve has been a Non-Executive Director of Oxford University Innovation since 2008 and is currently the Extraordinary Lecturer in Chemistry at New College, Oxford and Waynflete Professor of Chemistry Emeritus. 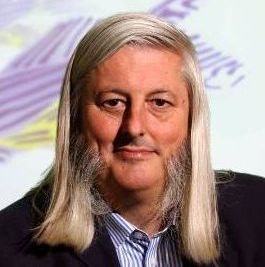