Helen McShane has extensive experience in TB immunology and vaccinology. She is currently Director of the Oxford NIHR Biomedical Research Centre; Professor of Vaccinology at Oxford University; Deputy Head (Translation and Personnel), Medical Sciences Division; and an Honorary Consultant Physician in Infectious Diseases.

Helen obtained an intercalated BSc in 1988, followed by a degree in medicine in 1991 (both University of London). In 1997 She was awarded an MRC Clinical Training Fellowship to undertake a PhD with Adrian Hill in Oxford, and was later awarded a PhD in 2001 (University of London). In 2001 she was awarded a Wellcome Clinician Scientist Fellowship, allowing her to complete her clinical training and subsequently awarded a CCST in HIV and GU Medicine in 2003. In 2005 and 2010, she was awarded a Wellcome Senior Clinical Research Fellowship. She currently holds a Wellcome Trust Investigator Award. Helen was elected to be a Fellow of the Academy of Medical Sciences in 2019.

Since 2001, Helen has lead a TB vaccine research group at the University of Oxford. She led the development of MVA85A, the first new TB vaccine candidate to enter efficacy testing. Current areas of focus include the development of controlled human mycobacterial challenge models, aerosol delivery of vaccines and immunomonitoring in clinical trials. She collaborates with several research groups across Africa in TB vaccine clinical trials.

Most recently, Helen has been leading the coordination of COVID-19 drug trials within Oxford and nationally and is now leading a programme to establish a controlled human infection model with SARS CoV2 which will allow the evaluation of protective immunity.  Helen has published over 100 peer reviewed publications and has an H-index of 58. 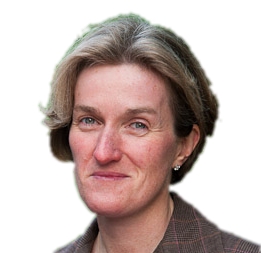