Sarah Whatmore is Head of the Social Sciences Division at Oxford. Since joining Oxford to take up a Statutory Chair in Environment and Public Policy in 2004, Professor Whatmore has served as Pro Vice Chancellor for Education, the University’s Academic Champion for Public Engagement with Research, the Division’s Associate Head (Research), and as Head of the School of Geography and the Environment. Her research focuses on the relationship between environmental science and public policy and she is an active fellow of several learned societies (including the British Academy and Academy of Social Sciences), and an appointed member of the Defra Science Advisory Council and Chair of its Social Science Expert Group. In 2020 she was awarded “Order of the British Empire” in the New Years Honours List. 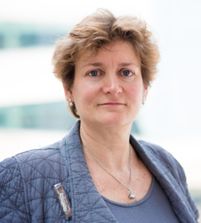