(Download individual posters by clicking on the speaker/s in the agenda further down the page).

View the pictures from this year’s event >

Towards a Personalised Surgical Pathway for the Ederly, Dr Helen Cui

This year’s Oxford Technology Showcase highlighted the high quality and diversity of innovation in healthcare that has arisen from Oxford University, the Oxford University Hospital Trust and the region in the field of chronic disease. The audience was a mix of researchers, clinicians, investors, entrepreneurs, healthcare companies and others from the local innovation “ecosystem” and beyond.

This year Oxford University Innovation is working in partnership once again with the Oxford AHSN and, for the first time, with the NIHR Oxford Biomedical Research Centre.  We are also pleased to receive industrial sponsorship from Triteq Ltd.

Within the theme of chronic disease the event focussed on four disease areas: 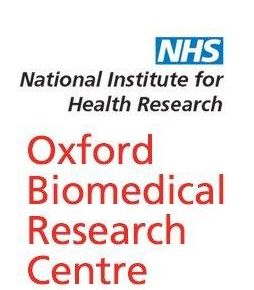 The programme and keynote speakers may be viewed below. 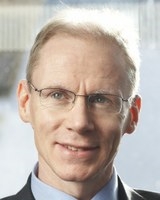 Professor Channon is Director of the National Institute for Health Research (NIHR) Biomedical Research Centre (BRC) at Oxford University Hospitals NHS Trust and the University of Oxford, Director of R&D for Oxford University Hospitals NHS Trust and Professor  of Cardiovascular Medicine at the University of Oxford. He is also an Honorary Consultant Cardiologist at the John Radcliffe Hospital, Oxford. He runs a basic science research group interested in the biology of vascular disease and atherosclerosis, particularly using genetic models. 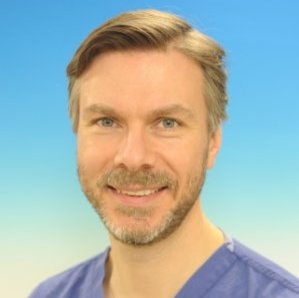 Tony is a practicing frontline NHS surgeon, Director of Medical Innovation at Anglia Ruskin University, and has founded 4 Med-Tech start-ups. He has also co-founded the £500m Anglia Ruskin MedTech Campus which will become one of the world’s largest health innovation spaces. In 2014 he was appointed as National Clinical Director for Innovation at NHS England. Here he provides clinical leadership and support in delivering improved health outcomes in England and drives the uptake of proven innovations across the NHS, promotes economic growth through innovation and helps make the NHS the go place on the planet for medical innovation.

In his words, Young is a “mad inventor,” but to that fictional image add a hard nose; Young has seen his MedTech inventions to market, remortgaging his own home along a convoluted journey. Young’s ideas, including products and systems to deliver flexible endoscopy to locations across the UK where on-site decontamination is not available or possible, have attracted £5 million of private investment and created the first innovation centre within an NHS hospital.

Trevor is European Director for External Innovation, Discovery Sciences in Janssen. He is responsible for identifying and developing pre-competitive activities and consortia. In addition he assists in developing commercial propositions for Janssen and J&J which may address fundamental failures or new modalities in the drug discovery process. He joined Janssen in 2003 where he formed the Molecular Informatics group to focus on structural biology, biophysics & computational methods for ligand identification and optimisation in all phases of pre-clinical drug discovery process. Prior to Trevor’s current Johnson & Johnson/Janssen career, he headed the worldwide Computational Chemistry Council for Novartis from 1997 – 2003. He also led several immunology projects which resulted in successful clinical candidates for the respiratory disease therapeutic area. From 1990 – 1997 Trevor worked for Lilly establishing their computational chemistry department in the UK. He was simultaneously a visiting researcher at the University of Oxford with Prof Graham Richards. Trevor’s first degree was in Chemistry at the University of Exeter was followed by a PhD at the University of East Anglia on small molecule conformation. From 1988 – 1990 he was a postdoctoral researcher at SUNY, Buffalo, USA studying glucosidase inhibition for applications to HIV. Trevor serves on several UK scientific advisory bodies and boards, including the Structural Genomics Consortium (SGC) in Oxford and Toronto. He is a visiting Industrial Fellow at Bristol and Cardiff Universities. 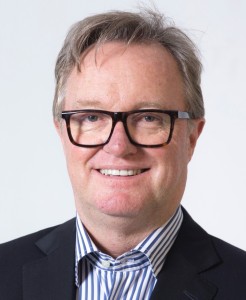 Dr Stephen MacMahon is Principal Director and Co‐founder of The George Institute for Global Health. He also holds positions as Professor of Medicine and James Martin Fellow at the University of Oxford and Professor of Cardiovascular Medicine at the University of Sydney. The George Institute is a research and development organization with 500 staff located at centers in Australia, China, India and the UK. Its primary goal is improvement of the healthcare provided in major emerging economies, and its focus is on the management of those chronic conditions responsible for most premature deaths. Stephen is also the founder of George Health Enterprises Limited, a wholly owned subsidiary of The George Institute devoted to building social enterprises that deliver products and services designed to reduce the global burden of disease. For his research achievements in cardiovascular medicine, Stephen has been elected a Fellow of the Australian Academy of Science, the British Academy of Medical Sciences and the Australian Academy of Health & Medical Sciences. In 2013, he was named by EY as Social Entrepreneur of the Year. In 2016, he was named by Thomson Reuters as one of the “World’s Most Influential Scientific Minds”. 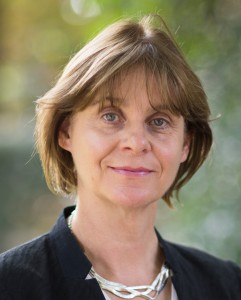 Sarah serves on the Prime Minister’s Council for Science and Technology, which advises the Prime Minister on the scientific evidence for strategic policies and frameworks. She currently chairs the UK government Foresight Review on Ageing Societies, and the European Ageing Index Panel for the UNECE Population Unit. She is a Governor of the Pensions Policy Institute. Sarah was the first holder of the International Chair in Old Age Financial Security, at the University of Malaya (2009/10) and her research was recognised by the 2011 Royal Society for Public Health: Arts and Health Research Award.

Sarah has a background in anthropology and population studies and her early research focused on migration and the social implications of demographic change. Her current research on demographic change addresses  the global and regional impact of falling fertility and increasing longevity, with a particular interest in Asia and Africa. Recent research has focused on women’s education and empowerment in sub-Saharan Africa, and the impact of this on falling fertility rates.  Sarah has just completed a monograph on Population Challenges for Oxford University Press (2015), and is working her next book for Cambridge University Press Population and Environmental Change.

Alastair Gray is Professor of Health Economics and Director of the Health Economics Research Centre, University of Oxford. His research focuses on the use of economics to improve resource allocation and decision making in health care, particularly using clinical trials and other robust methods to estimate the likely cost-effectiveness of new and existing health care interventions. His work spans many different clinical areas, from psychiatry to neurosurgery and care of the elderly, but with particular interests in diabetes, cardiovascular disease and population screening. Quality of life is a crucial aspect of much of this work, and so he is also interested in the methodologies used to measure and value different health states, different conceptions of quality of life, and the association between different quality of life measures. He also has research interests in wider economic aspects of health care, notably the impact of demographic change and ageing populations on health systems. 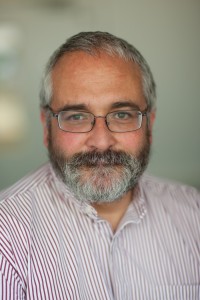 The Centre, which Mike founded in 1993, is a World Health Organisation Collaborating Centre and carries out research in two main areas: the burden of cardiovascular disease and the promotion of healthier diets and levels of physical activity.

Mike is also Chair of Sustain: the alliance for better food and farming in the UK and Chair of its Children’s Food Campaign.

He is Chair of the Nutrition Expert Group for the European Heart Network.  He is also an ordained priest in the Church of England. 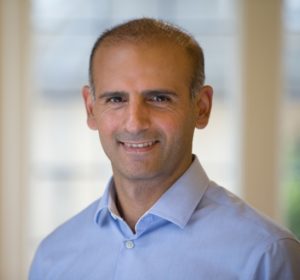 Kazem Rahimi is the James Martin Senior Fellow in Essential Healthcare at the University of Oxford and Honorary Consultant Cardiologist at the John Radcliffe Hospital, Oxford. As the Deputy Director of The George Institute UK he leads the Essential Healthcare Programme, which aims to find practical and affordable solutions for the global health priorities of the world’s largest emerging economies, as well as the priorities of vulnerable or disadvantaged populations in established economies.

He graduated in medicine from the University of Leipzig in Germany with postgraduate training in cardiology and health services research in Leipzig, London and Oxford. Prior to joining the George Institute, in 2010, he was a Research Fellow at Oxford’s Clinical Trial Service and Epidemiological Studies Unit. His research interests include service delivery innovation in chronic disease prevention and management, large-scale complex intervention studies, and data-driven electronic decision support systems

Please note that there will be two occasions when we will be presenting sessions in parallel. Please choose which session you would like to be in when reserving your place at registration.

Additional projects in the poster exhibition

Follow this link to see the Showcases we have run in the past.