Chas Bountra is Pro Vice-Chancellor for Innovation at the University of Oxford. He is Professor of Translational Medicine in the Nuffield Department of Clinical Medicine and Associate Member of the Department of Pharmacology at the University of Oxford.  He is also a Visiting Professor in Neuroscience and Mental Health at Imperial College, London. Chas is an invited expert on several government and charitable research funding bodies, and an advisor for many academic, biotech and pharma drug discovery programmes.

He trained at King’s College London and the University of Edinburgh before taking up a post-doctoral fellowship and college lectureship in Physiology at Oxford. Prior to returning to Oxford, he worked for 19 years in the pharmaceutical industry, where he was involved in the development of candidate drugs for several diseases, including novel treatments for cancer chemotherapy and IBS. In 2018, he was awarded the “Order of the British Empire” in the New Years Honours list.

Read about Chas’ vision for the future of innovation at Oxford here. 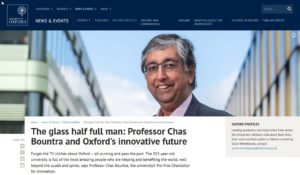 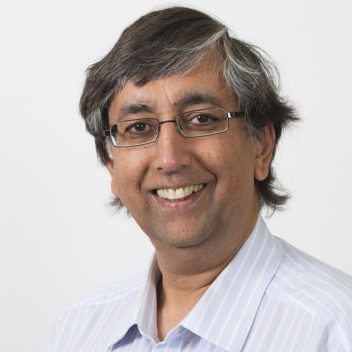