Chris runs the Cerebra Research Unit which operates a wide-ranging programme of childhood disability research. Chris is an Honorary Research Fellow in the Department of Public Health, a Research Fellow of Wolfson College, Oxford and Honorary Principal Orthotist at the Nuffield Orthopaedic Centre, University of Oxford.
After working clinically as an orthotist for more than 10 years, Chris began his academic career in Oxford by completing the part-time MSc in Evidence based Health Care in 2001 and was awarded a DPhil in 2006. Chris’ postdoctoral research, funded by the MRC, involved the development of the Oxford Ankle Foot Questionnaire for Children (OxAFQ-C).
Chris is a member of the Editorial Board of Mac Keith Press and an Associate Editor for Developmental Medicine and Child Neurology. 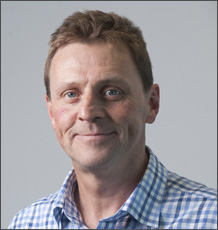