Approximately 60% of drug targets are transmembrane proteins, but current nanoarray technology involves attaching these proteins directly to the substrate, damaging the protein’s functionality and yielding data of questionable utility.

University of Oxford and Nippon Telephone and Telegraph (NTT) researchers have developed a method of creating transmembrane protein nanoarrays with the following key benefits: 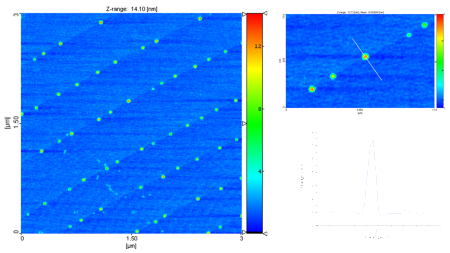 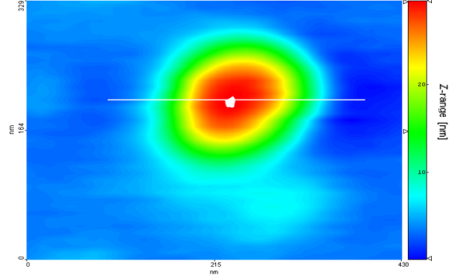 Secondly, vesicles are formed with gold-affinity head groups (Figure 2; transmembrane proteins may be inserted into these)

Finally, the vesicle and unloaded nanoarray are brought together in solution, forming the loaded protein nanoarray (Figure 3).

Although DNA array technology is well developed, the protein equivalent is still in its infancy.

Developments made by University of Oxford and NTT scientists show potential to deliver low-cost and high-density protein arrays via a self-assembly method, offering an excellent opportunity to companies engaged in proteomics and drug discovery.

The invention is the subject of a published patent application and peer-reviewed paper. Oxford University Innovation would like to talk to companies interested in developing the commercial opportunity. Request more information if you would like to discuss this further.

Request more information
about this technology

Back to Technologies Available