The latest news and deals from the Oxford University ecosystem.

Despite the fact we have been apart for so long, the University and OUI’s innovation output remains strong. We have retained our spot as the top generator of university spinouts in the UK, and created 17 new firms YTD. Our spinouts continue to thrive, with some securing blockbuster investment rounds and others pushing their technologies to new heights.

The momentum behind what we do has remained strong in Oxford, perhaps even growing under the pandemic. And, as we reopen our doors and begin planning in-person events once again, we will continue to build on that momentum through collaboration. We hope to see you again soon. 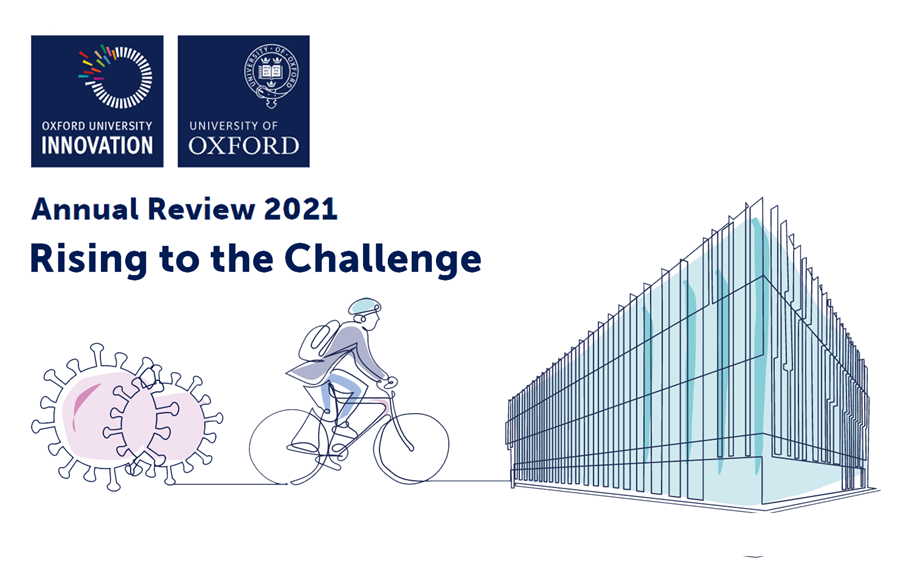 Featuring stories from across the company in its most challenging year on record, the OUI Annual Review is now available at https://annualreview2021.innovation.ox.ac.uk/

Oxford University Innovation has supported the creation of four new companies between January and the end of March, including one startup and two social enterprises.

Oxford University companies raised £94.4m over 13 deals in external fundraising during this time.

The enthusiasm of Professor Chas Bountra, Pro-Vice Chancellor for Innovation at Oxford University, for innovation pouring out of the institution has been captured in a new interview.

Bountra described the ecosystem as “a cocktail for innovation and advances,” adding, “I am in the midst of genius, passion, urgency and creativity – it is impossible not to have fun.”

The hour-long special was streamed live, and features:

The recording is still available, and you can view it here. 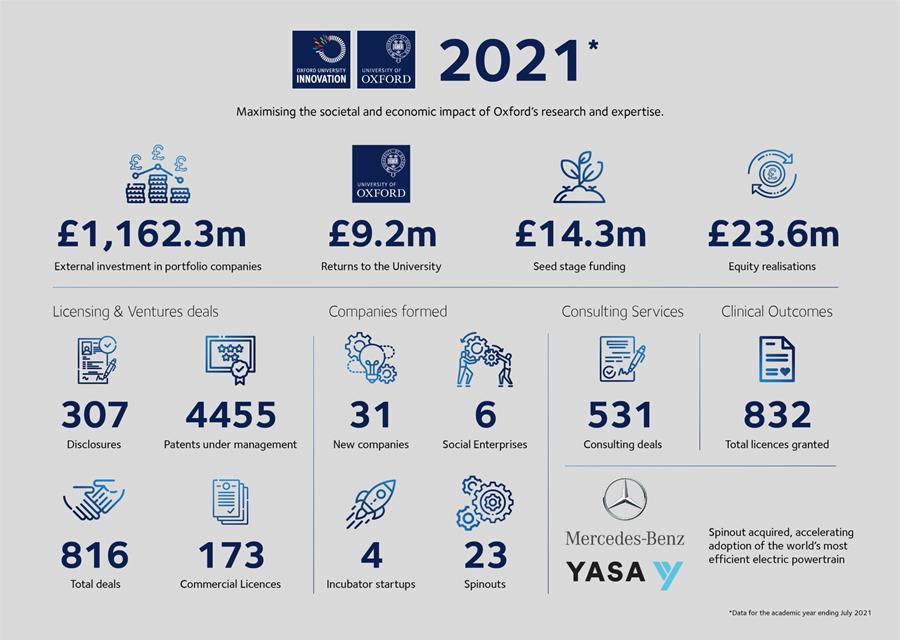 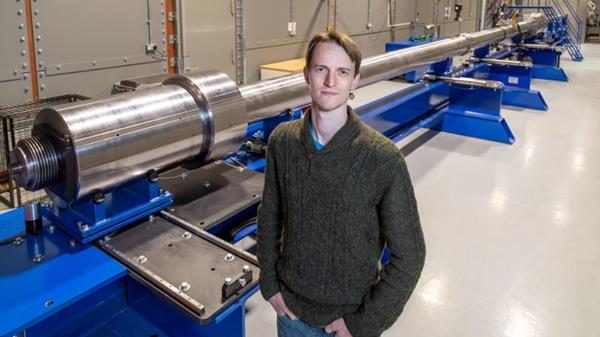 The University is still the top generator of university spinouts in the country according to a new report from the Royal Academy of Engineering.

Osler emerges from stealth with $100m

Osler Diagnostics, an Oxford spinout in stealth since 2017, has emerged with $100m in funding.

The company is going for the holy grail of diagnostics – the ability to diagnose any condition from a small blood sample.

Drawing the parallels to the infamous Theranos saga, Osler has taken the comparisons head on in its interview with the FT: “Theranos started from an idea of Elizabeth Holmes. We started based on decades of research from Oxford university.”

Oxford Science Enterprises is heading up efforts to transform Oxford’s Clarendon Centre into a spinout hub.

Gutted by the new Westgate centre and flagging retail activity, the Clarendon has become a ghost town in recent years.

The planned facelift for the centre will include new office space for spinouts, as well as wet lab space, bars, restaurants and cafes.

The move comes alongside other initiatives to create space for tech firms in Oxford.

Navenio locates $12.6m in latest round

Navenio, an Oxford spinout developing location software for healthcare settings, has secured $12.6m in its latest round.

The company’s technology allows healthcare providers to keep track of jobs, staff and equipment around a hospital, enabling smoother task management. It does this using an indoor version of GPS developed at the University.

Oxford Science Enterprises led the round with a number of others participating, including the University.

– The Oxford Innovation Society will return for its first in-person event on 21 June. Keep an eye on our social media for more information.

– OUI is looking for a Operations Administrator. Interested? The role closes 6 May.

You can follow OUI for more news coming out of the Oxford Cluster by joining our communities on Twitter and LinkedIn.