The Liverpool University Neuroleptic Side Effect Rating Scale (LUNSERS) is self-rating scale for measuring the side-effect of antipsychotic medications.

LUNSERS was developed by researchers within the University of Liverpool to indicate the extent of side-effects experienced by patients medicated with neuroleptic drugs.

Present findings indicate that LUNSERS may be a useful tool, as a brief and cost-effective measure of side-effects in research studies

‘Red-herring’ items helped to test the robustness of the results

The measurement scale consists of 51 items, which were mainly based on adaptions to the physician-rated items in the UKU side effects rating scale. Forty-one items, covering psychological, neurological, autonomic, hormonal and other miscellaneous side-effects, were constructed by rewording the appropriate UKU items, so that they could be self-rated.

In addition, 10 ‘red herring’ items were included, referring to symptoms that are not known neuroleptic side-effects (e.g. chilblains, hair loss), to help validate the results.

In order to assess the validity of the questionnaire the study team has administered it not only to patients being treated with neuroleptics (n=50) but also to normal control subjects (n=50) from which none were receiving psychiatric treatment or medications of any kind.

The LUNSERS was found to be a valid and reliable assessment of patients’ experiences of neuroleptic side-effects.

On its initial development, the LUNSERS scale demonstrated good internal consistency with patient data on both the first and second administrations achieving a Cronbach’s Alpha coefficient value of 0.89 at both time points (Day et al 1995). The internal consistency has been further supported among a larger population sample (n=320), achieving a value of 0.85 (Wolters 2009).

Test-test reliability, calculated using Pearson correlation co-efficient, has been demonstrated with a mean correlation between individual items of 0.58 (range 0.26 – 0.83). All correlations were significant at p>0.05, with 34 of the 41 items were significant at P<0.001. Test-retest reliability for the total score for items measuring ‘known side effects’ was also good (r=0.81, p<0.001) (Day et al 1995). Stability over time when no change in treatment has been also demonstrated in subsequent studies (Lambert et al 2003).

The LUNSERS has demonstrated concurrent validity through strong correlations between the total side-effect scores and total scores on the UKU scale (r =0.83, p< 0.01) (Day et al 1995). In addition, the red herring items which are included in the LUNSERS instrument can also be used to give an indication of patient self-report accuracy and over reporting of symptoms. When correcting for over-reporters, significant correlations between UKU and LUNSERS total side effect ratings (Spearman’s rho= 0.58, p<0.005, n=24), have been shown to support concurrent validity (Lambert et al 2003).

The LUNSERS can distinguish between known groups and has detected significant differences between total side effect scores for medicated subjects compared to non-medicated subjects (t=6.30, p<0.001, d.f. 98). This is further supported through no significant differences present between the red herring item scores for the same two groups (t=0.80, p=0.424, d.f. 98) (Day et al 1995).

Uses and cut off points

The LUNSERS is an instrument with demonstrated reliability and validity which is suitable for use in in clinical practice (Morrison et al 2000, Wolters 2009, Nosè et al 2012, Ashoorian et al 2014). The instrument can be considered useful for extensive screening and assessing of the side effects of antipsychotic treatment and be used to evaluate the impact of management strategies which aim to reduce side-effects (Morrison et al 2000, Wolters 2009). The LUNSERS has also been shown to be useful, convenient and cost effective as a measure of drug induced parkinsonism and akathisia (Jung et al 2005).

Receiver-operating characteristic (ROC) curves have given an indication of the appropriateness of cut-off points for LUNSERS side-effect scores depending on the purpose for which the scale is being employed (Day et al 1995). A cut-off point of 42 indicated that approximately 50% of medicated patients were correctly identified as opposed to 70% of patients being correctly identified using a cut-off point of 26. The later cut-off point carried a risk of 25% of non-medicated students being incorrectly classified. Red-herring items were shown to have low discrimination properties and therefore inappropriate for cut off points (Day et al 1995).

Details of the development and validation of the LUNSERS are described in:

The scale consists of 41 known side effects of neuroleptics. Each ‘side-effect’ listed is scored on a five point rating scale of 0 – 4, i.e. 0 = ‘Not at all’ and 4 = Very much. It can be used to provide a general overview of the person’s experience to side effects over the last month. It is useful also in pinpointing specific troublesome side effects for further assessment and / or changes in the medication strategy. Details of the scoring system for the LUNSERS can be downloaded in Dossier Extracts section.

The LUNSERS is to date validated for pen and paper completion. Careful migration to a digital delivery format (for example screen based device) can be authorised. Please contact us for advice. 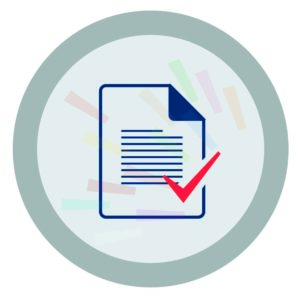