Professor Lionel Tarassenko CBE FREng FMedSci is a world-leading expert in the application of signal processing and machine learning to healthcare, with a strong track record in translation to clinical medicine. His work has had a major impact on the identification of deterioration in acute care and on the management of chronic disease.

Professor Tarassenko received the BA in Engineering Science in 1978 and the DPhil in medical electronics in 1985, both from the University of Oxford. After a period in industry, he was appointed University Lecturer and Tutorial Fellow in Oxford (St Hugh’s College) in 1988. He was elected to the Chair of Electrical Engineering and to a Professorial Fellowship at St John’s College, also at the University of Oxford in 1997. He was the driving force behind the creation of the Institute of Biomedical Engineering (IBME) which he directed from its opening in April 2008 to October 2012. Under his leadership, the IBME grew from 110 to 220 academic researchers, and it was awarded a Queen’s Anniversary Prize for Higher Education in 2015 for “new collaborations between engineering and medicine delivering benefit to patients”.

Professor Tarassenko was elected to a Fellowship of the Royal Academy of Engineering in 2000, and to a Fellowship of the Academy of Medical Sciences in 2013. He is the author of 230 journal papers, 210 conference papers, 3 books and 32 granted patents. He was the Head of the Department of Engineering Science (Dean of Engineering) from 2014 to 2019, and is now the Founding President of Reuben College, the University of Oxford’s newest college. He has founded four University spin-out companies and is the R&D Director of Sensyne Health, an AIM-listed company. He was made a CBE for services to engineering in the 2012 New Year’s Honours List. 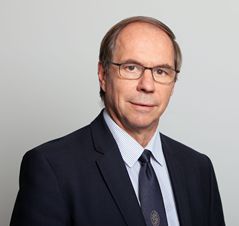